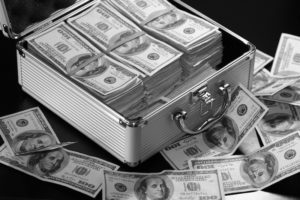 For decades acts of fraud never got the media exposure that other crimes have. Gang violence, robbery, murder and drug seizures have always captured headlines. One of the factors being the perception that fraud was often seen as a victimless crime e.g. the losses from credit card fraud is guaranteed by the banks.

No violence, no bloodshed, no story. “If it leads, it bleeds”.

Of course, nothing is further from the truth. The reality is all fraud affects us all.

Definition of fraud: “wrongful or criminal deception
intended to result in financial or personal gain.”

According to the Certified Fraud Examiners 2016 Report to the Nations on Occupational Fraud and Abuse.

This massive loss does not just get absorbed by corporations or insurance companies. It is always passed down to the consumer resulting in higher costs in products and services, higher insurance premiums, redundancies in business transactions and even business closures.

In 2008,  Bernie Madoff was arrested for the largest fraud ever committed by an individual. Fraud finally received the attention it deserved when details of the crime came to light that Madoff, a well-respected investment advisor, was running a Ponzi scheme since the 1970’s and somehow managed to defraud thousands of investors of a staggering $65 billion.

The public began to realize that wolves come dressed in sheep’s clothing.

Unfortunately, over time fraud headlines took the backseat again and will only raise its ugly head when the markets take another downturn forcing fraudsters out of the shadows and into the light once again.

Protecting your money: Avoiding frauds and scams
Know the Red Flags of Fraud

© The Solutions Risque Blog is written by Solutions Risque a Montreal Private Investigation firm www.solutionsrisque.com. Permission is hereby granted to those who wish to share or copy this article.